Many elements of the design of The Solar Shrine are taken from Ancient Egyptian and Nubian cosmology. Shrines were focal points between different worlds or spheres; between heaven and Earth, divine and human, order and chaos. The installation’s structures represent the ongoing functioning of the universe by reflecting the Sun’s diurnal cycle. The gateway’s pillars mirror the form of the horizon, on which the Sun rose every day, and the main axis replicates the course the Sun takes across the sky. The height of the art installation elements, starting with the tall gateway, symbolizes the power of the Sun as it rises in the east with gradually decreasing sized structures in the west representing the waning of its power.

The Solar Shrine consists of a gateway, shrine, boat/solar barque on top of altar underneath shrine, and fuel storage structure. The structures will be framed of lumber and wrapped in high-grade millwork and plywood sheathing. There will be solar disks encapsulated with gold leaf at the top of the gateway, on the north and south sides of the shrine, and on the boat. At the ceiling of the shrine will be an image of the universe. There will also be 4 fire poofers on top of the gateway 35 feet in the air which will produce another 30 feet of flame and 4 continuously lit fire torches on the shrine. Because the color of the structures is like the desert, the elements will appear to rise organically from the landscape.

The Solar Shrine is multidimensional. The tall gateway is considered a portal and will open the way to different experiences for the attendees at Burning Man like yoga and music. The shrine structure has stairs which lead to a top level and is designed to withstand live loads for music and dancing. There will be lights integrated into both the gateway and shrine structures which will facilitate day and nighttime activities. 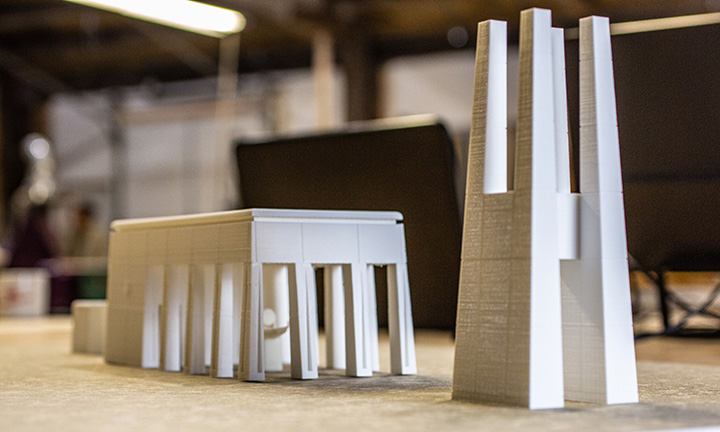 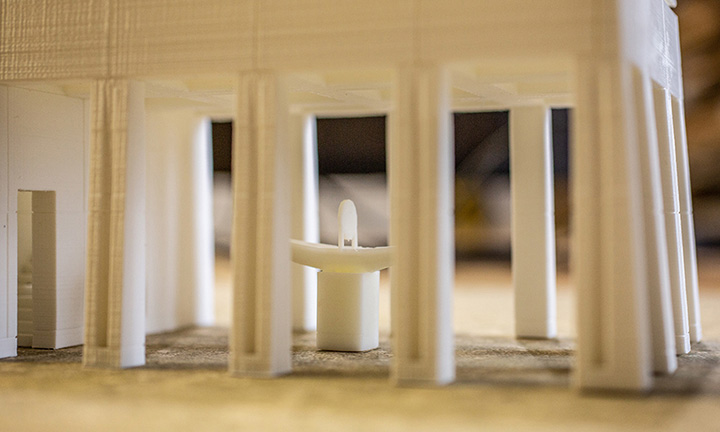 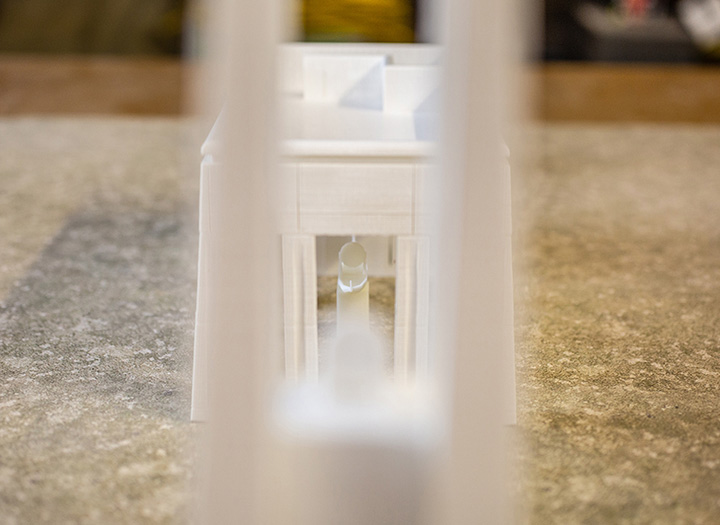 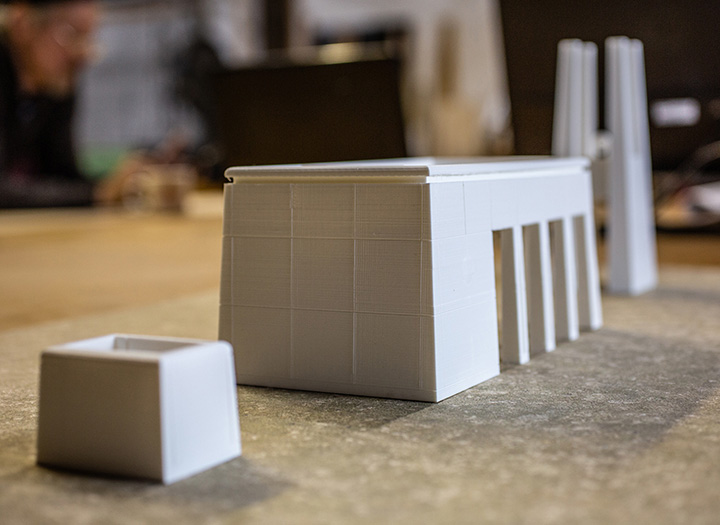