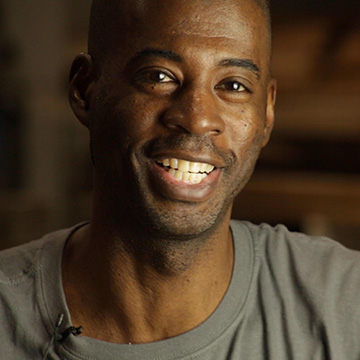 Antwane Lee is the lead artist and designer of The Solar Shrine Project. He is a licensed architect practicing in Chicago and has over 22 years of experience in the profession. He provides effective leadership on large scale, multi-million-dollar projects. Antwane is very involved in the community, sits on various art and civic committees and boards, and curates events on Afrofuturism, science-fiction, and mythology. He regularly attends regional Burner events and has worked on related art projects. Antwane is passionate about building holistic environments which merge art, history, and spirituality. 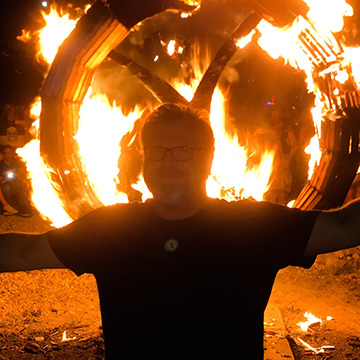 Dan Brown has been building a variety of effigies and sculptures for many years and for many events, including Lakes of Fire, Burn Burn, and many others. He is a founding member of the Secret Gentlemen's Club, which has had a presence on playa, as well as regionally and globally. He is involved in the Afrikaburn exchange program and participates in local events like the Chiditarod. He's been attending Burning Man for nine years. 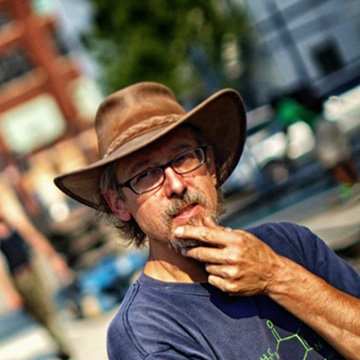 Neil Verplank is a lifelong maker and artist, currently working on the Mad Haddon Project - a 15,000 square foot commercial maker space.  A professional builder and maker, his commercial work includes fine furniture, commercial cabinetry and fixtures, bespoke work for other artists including Teller, and Chicago-based artists Mcarthur Binion and Nick Cave, as well as production and set pieces for theater and film.  His media are wood, metal, and electronics.

His artistic work has focused on interaction and function, and spans handmade classical guitars to large scale interactive art projects, including kinetic sculpture, flame effects, and water-based theater. He has worked with Redmoon, Chicago Shakespeare Theater, and Operamatic on a variety of interactive and spectacle theater projects. As a long-time participant in the artistic community of Burning Man, he has designed, built, and performed with art in civic settings, in the forest, the desert, and on the water.  As part of Cap'n Nemo's Flaming Carnival, he has performed at Lakes of Fire, Interfuse, Grand Rapids Art Prize and Detroit Maker Faire.  He is an inveterate traveller. 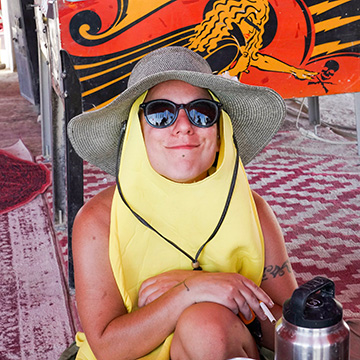 Weezel is a Chicago software developer with over 15 years' experience. They manage online presence and visibility for the The Solar Shrine Project.  Weezel is an organizer and former Chair of Chicago Python User Group, a contributor to several Open Source Software projects, a home brewer, and a frequent participant in regional Burning Man events. 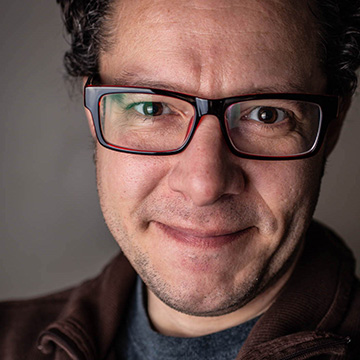 Ben Gonzales is a jack of many trades and a master of few. He's dedicated over 30 years to being behind the lens as a photographer and videographer. Ben also spent a decade helping produce multi-million-dollar independent feature films. For almost another decade, he helped manage and design B2C direct-engagement marketing events and campaigns with a focus on static events and guerilla-style, street-level engagements. For the past several years, Ben's taken a very active role in the Midwest region's Burning Man community as an event lead for the Chicago Decompression party as well as a co-lead on the Lakes of Fire effigy. He brings a passion and dedication to whatever projects he takes on that helps bring teams together cohesively and efficiently. Ben loves fostering collaborative creative endeavors and connecting artists, makers, and doers in the community. 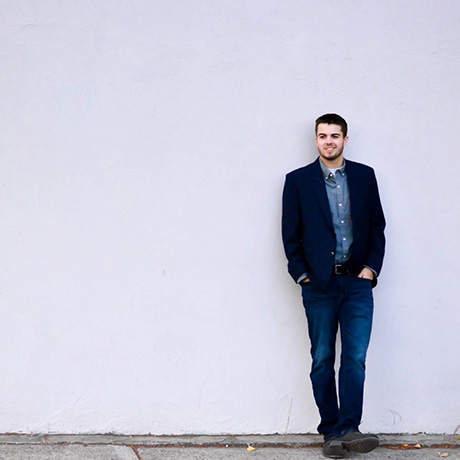 Austin Gutierrez is a graduate student at the University of Oregon. He obtained a Bachelor of Science in Architecture Degree from the University of Idaho in 2018. In undergraduate school, he collaborated on various projects and shared in two AIA design awards. Austin has interned at different architectural firms and is working towards licensure. His talent is a contribution to the team by assisting with content for the website. 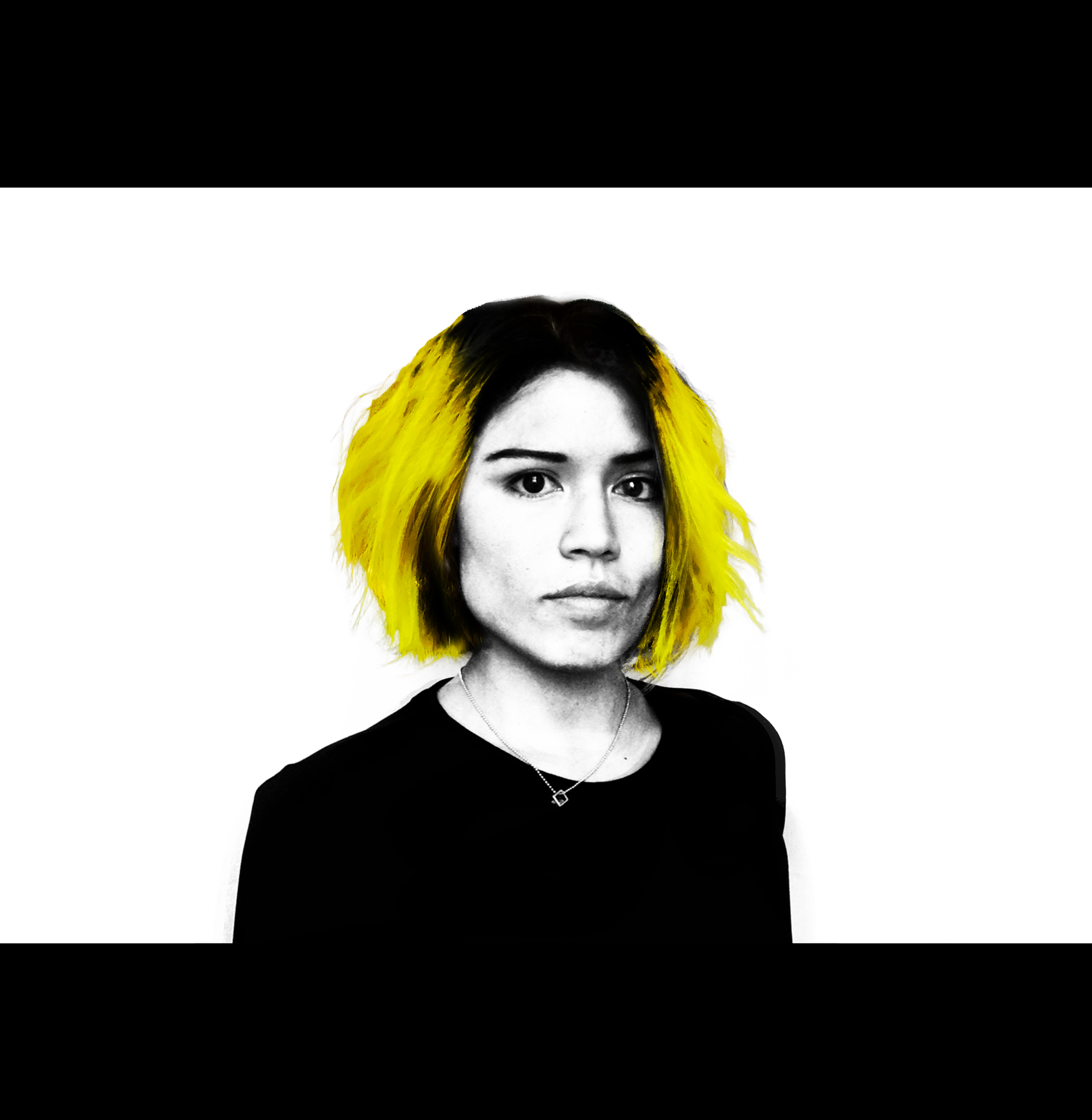 Fran is a Chicago based Architectural Designer and Urban Anarchist focusing on empowerment of public space through participatory design. Her professional experience extends from working with municipalities, community organizations and university groups in collaboration with architecture/public realm design offices; to include Borderless Studio, PORT Urbanism and most recently Latent Design. While a student at the Yale School of Architecture, she was the recipient of the AIANY Center for Architecture Scholarship awarded in 2017 by Caples Jefferson. She is the 2021 Design Trust Chicago Architect in Residence, working with a team to realize corridor reinvestment projects alongside artists from Chicago's underserved Southside neighborhoods.